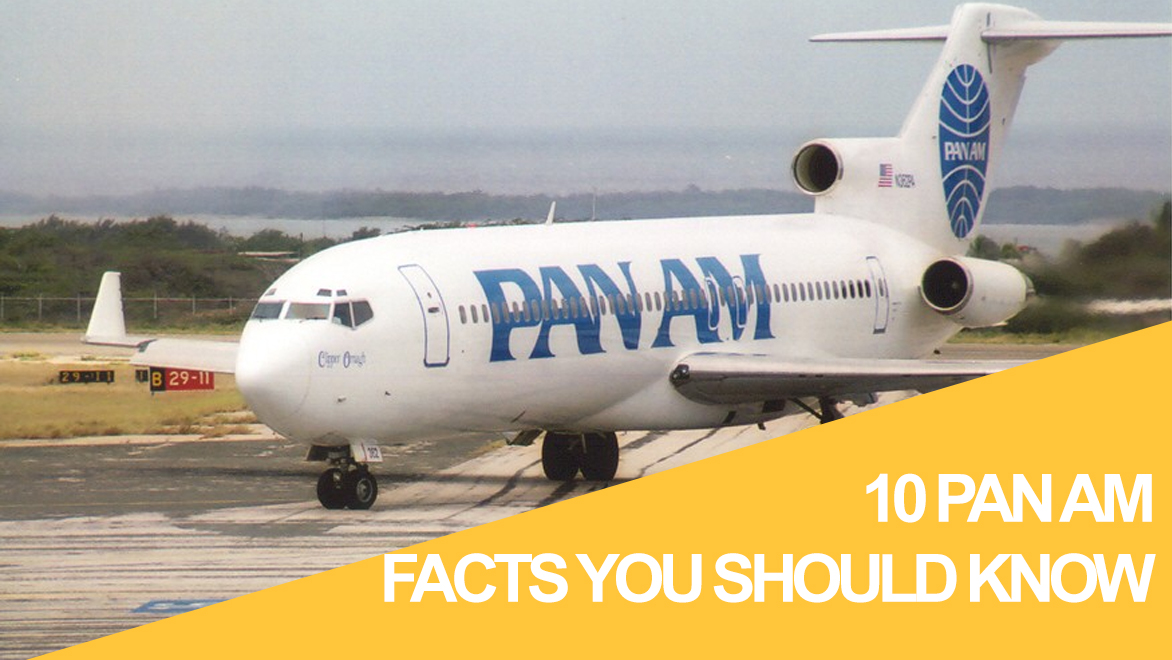 Pan Am was one of the most iconic and innovative companies that have ever existed. What started as a simple mail and passenger service grew into an airline that spanned 6 continents and connected millions of travelers each year. Pan Am was an innovator and one of the main reasons why aviation is the way it is today.

During the 1960’s, Juan Trippe pressured Boeing into developing an aircraft twice the size of the Boeing 707. This is how the 747 was born. Juan Trippe had hands on involvement with the development of this revolutionary new aircraft.

Pan Am was the launch customer for both the Boeing 707 and Boeing 747 aircraft.

Pan Am was founded in 1927 as a scheduled air mail and passenger service with flights between Key West (Florida) and Havana (Cuba).

Pan Am was the founding member of the International Air Transport Association (IATA).

Pan Am was among the first airlines to sign options to purchase the famous supersonic Concorde. However, Pan Am never took delivery of the aircraft along with other airlines. The only airlines to take delivery of the Concorde were BOAC (British Airways) and Air France. Pan Am was the first U.S. airline to sign a purchase order for 15 of the Boeing 2707 (American version of the Concorde), however, this aircraft never made it off the drawing board due to Congress voting against funding it.

Pan Am built an airport terminal called the “Worldport”. This building was located at John F. Kennedy International Airport (JFK) in New York. It was designed with an elliptical four acre roof that suspended from the outside columns of the terminal. This designed was intended to allow the passengers to get on and off the aircraft via stairs without getting wet since the front of the aircraft is under the overhang. Once the jetbridge was introduced, this feature became obsolete.

More than just an airline…

Pan Am was more than just an airline. Pan Am owned the InterContinental Hotel chain, which would play a part in opening hotels and resorts around the world. In 1945, President Roosevelt and Juan Trippe, the head of Pan Am, met to discuss their concerns over Latin America. They came up with an idea to offer luxury hotels in key cities to attract both businessmen and tourists. The hotels would also be important for the crews of Pan Am and their passengers in destinations where luxury hotels were non-existent. Intercontinental Hotel Corporation was created in 1946, and opened its first property in Belem, Brazil. The chain would continue to grow and expand to its present numbers of 180 hotels and resorts.

Pan Am operated a high frequency network of flights between West Germany and West Berlin during the Cold War days. These flights lasted from 1950 until 1990 with Douglas DC-4 and DC-6B aircraft, until they were later replaced with Boeing 727’s.

During the outbreak of World War II in the Pacific, a Pan Am Clipper named (Pacific Clipper) was flying to New Zealand from San Francisco. Instead of risking being potentially shot down on their return eastward journey, they decided to take the much longer route back by going west. This flight covered 31,500 miles (59,694 km) and became the first commercial aircraft to circumnavigate the world.