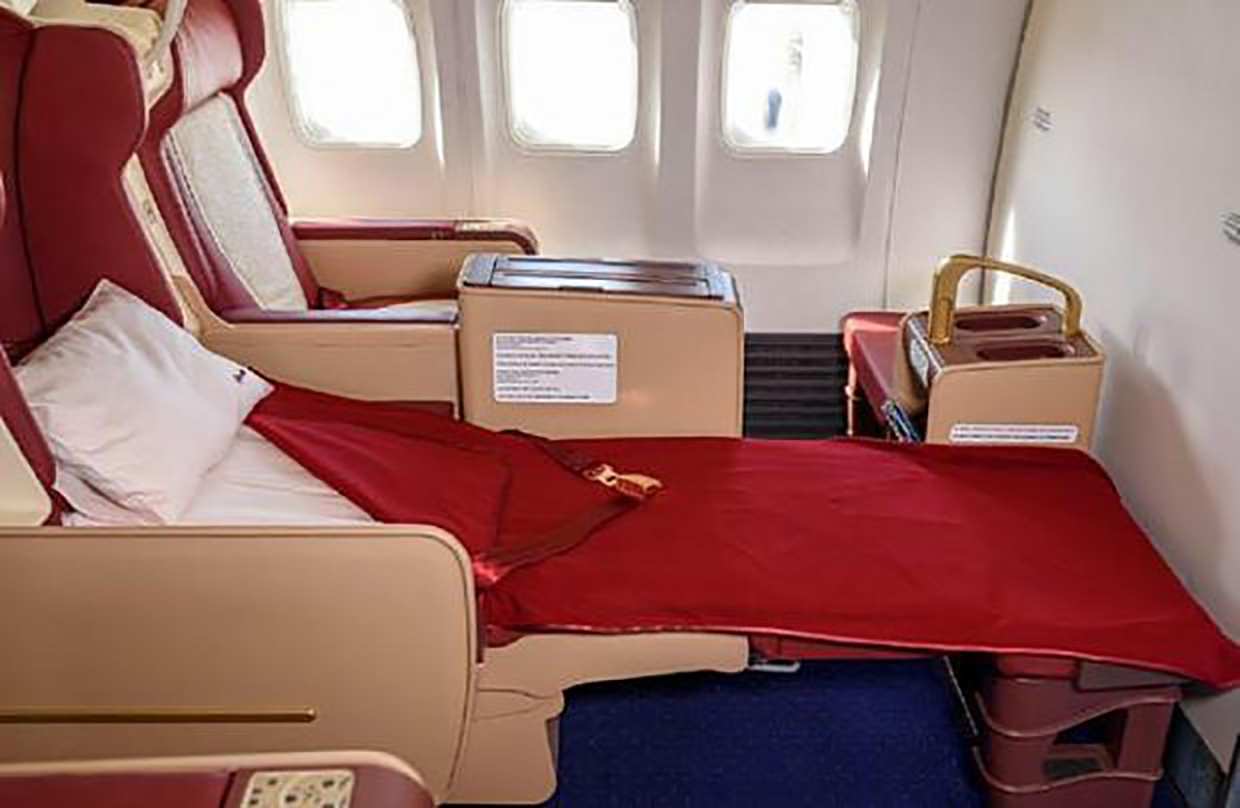 Yakutia Airlines is controlled by the government of the Yakutia Republic, which is a diamond mining area in Northern Russia, of which roughly 40% lies above the Arctic Circle.

These new seats were created by an Italian company named “Zeus”, and unfold into lie-flat beds with an additional massage function to provide passengers with a chance to relax and unwind during their long flight.

The general director of Yakutia Airlines stated their decision to install lie-flat seats onboard their aircraft is due to the length and duration of their flights. He feels that flying 6.5 hours (Moscow Vnukovo to Yakutsk) in a standard business class seat on their Boeing 737 fleet is uncomfortable and stressful. By offering this option to completely lay flat, passengers can rest and arrive at their destination relaxed.

In addition to these new seats, Yakutia airlines is also updating its on board menu, resuming in-flight alcoholic beverages, and released a new red uniform for their cabin crew.